Trachoma is a sequela following infection by the bacterium Chlamydia trachomatis (C. trachomatis). The disease is preventable, but still the cause of blindness in 1.9 million people world wide.

Trachoma is a contagious inflammatory disease of the eye, following infection by the bacterium Chlamydia trachomatis (C. trachomatis). Today, 1.9 million people are  blind or visually impaired as a consequence of trachoma, and 3.2 million are awaiting necessary surgery. No other infectious disease in the world causes blindness in as many people. 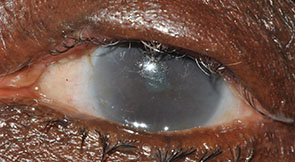 Fig. 1  1.9 million people are blind due to trachoma. Here is an example of advanced trachoma with severe corneal clouding. In highly endemic areas, advanced trachoma may develop already in childhood. (Picture: with courtesy of the Trachoma at LSHTM)

Initially, infection results in relatively mild inflammation (conjunctivitis) causing eye irritation and light sensitivity. Round, raised areas of white trachoma follicles (small “sacs” of at least 0.5 mm) can be seen on the inside of the eyelid.

Frequent and chronic infections lead to more intense manifestation of the infection (Trachoma Intense, TI). The conjunctiva is intensely red from inflammation and the eyelids swell from edema. There are usually numerous trachoma follicles visible. This condition is still treatable. However, as reinfections occur very frequently in endemic areas, antibiotic treatment is ineffective on a community basis.

The frequent reinfections lead to alteration of the eye collagen and scarring of the eyelid in what as known as the scarring stage (TS). The scars are irreversible and have a particularly damaging effect on the inside of the eyelid (see below).

Eventually scarring is so severe that the eyelid is deformed, turned inside out, and eyelashes rub against the cornea with every blink (trichiasis). The condition is extremely painful and the scraping eyelashes cause damage to the cornea.

Human beings blink around 19 000 times a day. If trichiasis is not treated surgically, the scraping eyelashes cause clouded cornea(s), leading to visual impairment and blindness. These severe consequences are typically seen in individuals from ages 30-40 years. In highly endemic countries, advanced trachoma may develop already in children, due to frequent reinfections. 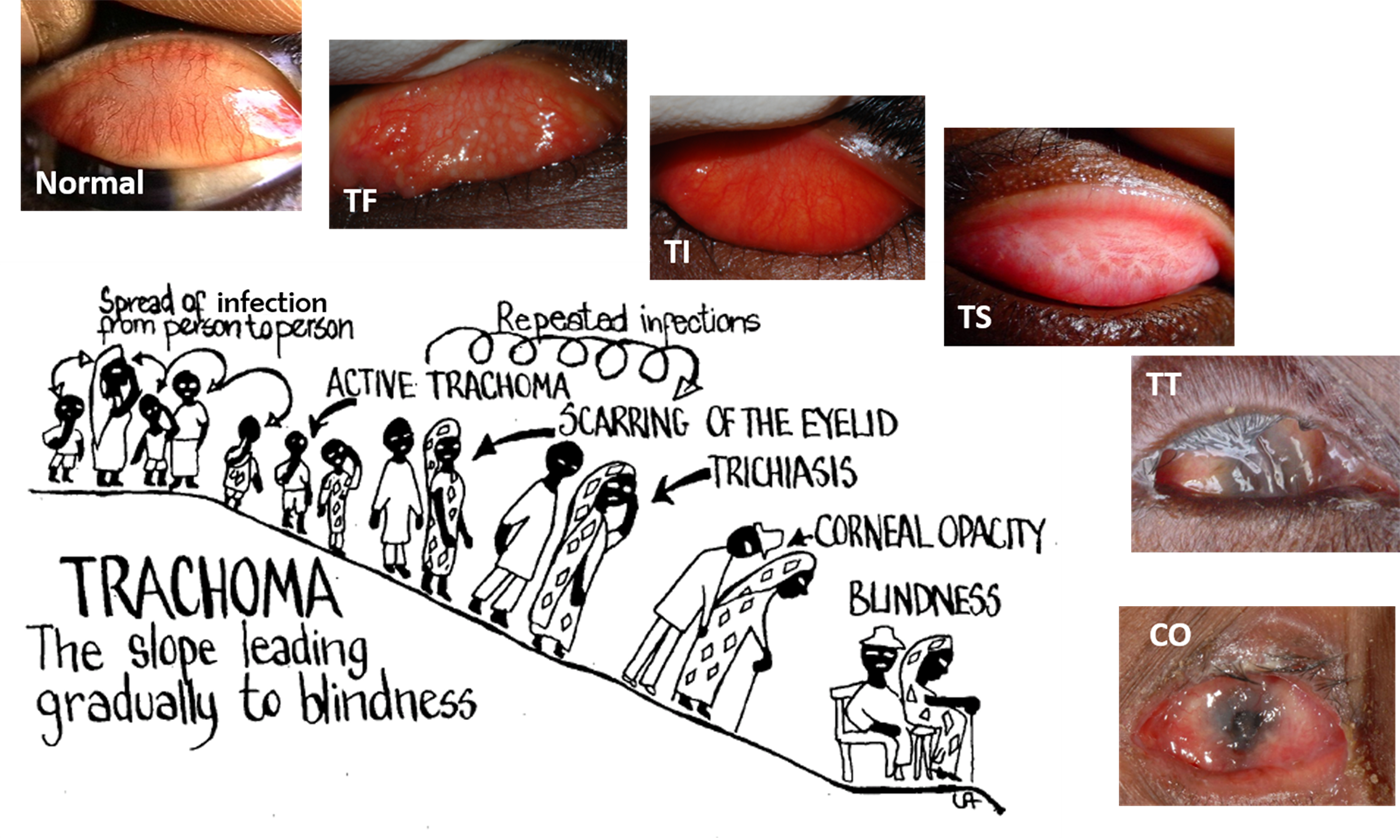 The C. trachomatis is subdivided into serotypes/serovars, a classification based on serological analysis. Serovars A, B, Ba and C cause trachoma.

Chlamydia trachomatis has a unique developmental cycle (Fig. 4). The elementary body (EB), which is the infectious form of the organism, is internalized into a host epithelial cell. EB’s then differentiates into a reticulate body (RB), which replicates within a membrane bound inclusion. 48-72 hours later the RB differentiates back into EB and are released from the host cell.

C. trachomatis is easily transferrable via personal contact, e.g. by hands, clothes or bedding. The bacterium can also spread via flies, which are abundant where sanitary conditions are inferior.

Endemic trachoma areas are, today, found predominantly on the African continent, but also in Asia and South America. Only a century ago, the disease was a problem in both Europe and North America. It has disappeared with better living conditions.  In Australia, trachoma still plagues some of the aboriginal communities.

Trachoma strikes worst in poor areas with crowded living and spreading between children and their caretakers is common. Infection is consequently more common in women than men in countries with gender inequality in child rearing.

Fig. 3 Inferior sanitary conditions attract flies, vectors in the spreading of C. trachomatis. (Picture: with courtesy of the Trachoma at LSHTM)